ChatBot Marketing: Top 10 Reasons Why Your Business Needs This

Since you’re reading this article the chances are you already know all the reasons why a messenger bot is valuable and advantageous to your business. But just in case you don’t or you need to review, this article will cover the Top 10 Reasons Why You Need to use ChatBot Marketing, starting today.

Tons of people are presumably already sending messages to your page, they’re getting there organically, and you want to build a list based on these visitors.

Right now without a bot connected to your page, you don’t have any way to reach out to these people in mass in any meaningful way. Instead, you have to start threads one by one and it’s inconvenient.

So by connecting a bot to your page, even if you don’t build any chatbot marketing content or experience just yet, you’ll be capturing this subscriber data, anybody who messages your page will become a subscriber and you can reach out to them in the future when you’re launching a product where you need to reach them in mass.

Essentially here, you can turn your inbox into an automated chatbot marketing sales funnel, which is super important because chances are you’re getting tons of messages per day. And a lot of people are probably asking the same questions over and over again.

In other words, you don’t need lots of human customer support staff to respond to these people. Instead, you can have the bot, at least act as that first line of defense to answer any questions, which will not only help the customer and be a win for them, but it will also help you eventually turn those people into sales.

For example, if you have an impulse buyer who’s messaging your page at an odd hour of the night when your customer support team is offline, you can have the bot provide that instantaneous response so that instead of losing that sale, potentially and having that impulse buy or go to a competitor, you can close the deal right then in there, no need for a human support agent.

Another benefit of automating these frequently asked questions is that you’ll get the very responsive green badge on your page, prompting more people to message you in the future.

Messenger ads are a core component of your messenger and chatbot marketing strategy. They are amazing because instead of running traditional newsfeed ads to people on Facebook, you can direct them to messenger instead of just a traditional landing page.

For example, a cosmetic brand based in Taiwan, were able to reduce their cost per conversion with Facebook ads from $8 originally to $4 after using Facebook ads, reducing that by half is incredible and help them really increase their profits.

One of the biggest features of chatbot marketing is called comment acquisition. You have the ability to send a message to people who comment on your page posts, and then convert those people ideally into subscribers.

A baby furniture brand that builds cribs based in Mexico, generated over 4000 qualified leads from a giveaway posts that they did, converting anybody who commented on the post into a subscriber.

So it’s an incredibly effective organic growth strategy to build your bot and then turn those people into paying customers.

Like I mentioned earlier, traditional websites are lacking in many ways. And one of those key ways is data. The beauty with chatbot marketing with messenger is that you have all this data from the user’s Facebook profile. Although they still need to consent before you can access that data. You can use these two plugins called the one click email plugin and the user phone plugin.

These allow you to populate the user’s email address or phone number in the form of a button. So instead of the user having to manually type out both of those, like on a website form. They can just with one click tap that button, and it’ll automatically provide you with their contact details.

So it’s super friction-less and a great way to increase your lead generation efforts.

Just like an email campaign, you can use a messenger bot to send mass broadcasts or segmented broadcast to users. And since messenger is an intimate space with people talking with their family and friends, there’s no junk folder.

And on top of that people are just more likely to respond. Messages are short and sweet. So it’s fun and engaging to interact on messenger.

One great example of this is using the bot to qualify leads. Say you’re getting all this organic traffic of people who are interested in booking a call with you. But maybe half of them aren’t actually willing to pay. As was true in this astrology call center in Brazil.

What you can use the bot to do is qualify those people. Figure out who the most valuable people are and actually willing to pay. Filter those people out and then connect them with a human agent who can finalize that process.

The astrology call center in Brazil were able to reduce their operational costs by $25,000 per month using this technique.

So have the bot do all the hard work and then have the humans do what they do best.

Unlike apps and websites, which can become very costly very quickly. You can prototype a bot and actually launch it in production in a day’s work. Its super simple and no coding is required. Checkout Chatfuel, it’s a great start for a beginner with zero coding skills.

So you should get started today and start building your subscriber list.

If you have an eCommerce website and you’re using a software like Shopify. You could send cart abandonment messages to the user in messenger. Where they’re more likely to see it, engage, click and respond.

The ability to integrate with these other software’s is extraordinarily effective to bring your messenger experience to the next level. You have virtually unlimited flexibility.

You might think of brands traditionally sending you long emails that are paragraphs and walls of text. With bots, that’s not the case.

It’s short and simple, succinct, concise to the point. You can use fun things like Gifs and images. You can personalize the conversation using the user’s Facebook data that we automatically have at our disposal. Such as their first name, their last name, their gender, timezone, etc.

Hopefully, these 10 reasons will convince you to start building a bot today. Check out this post 5 Simple Tips to Optimize Your Facebook Business Page before you run your next Facebook ads. 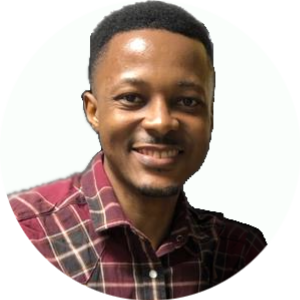 Hi, my name is Caleb Ameh. I'm a digital media strategist and leads generation expert. My passion for the digital world started late 2016. Out of my curiosity to build a business that would give me the freedom of mobility, I ended up building a brand. Today, Caleb Ameh can boast of various digital skills; acquired from years of experience and also investments in professional digital courses. Over the years I've had the oppurtunity to work with top brands and business owners alike. Helping them implement amazing marketing strategies to boost their businesses. Caleb Ameh is also the Founder of DIGIBUSINESS MASTERY. A Facebook group community of digital enthusiasts. Where we learn how to dominate our path both in life and business, through digital tech.
All Posts
Facebook Twitter Instagram Linkedin

Top 5 Tips and Tricks for Improving Your Public Speaking Skills

This site uses Akismet to reduce spam. Learn how your comment data is processed.

An online resource centre with requisite information and tools that educate entrepreneurs and small business owners on how to start, grow and manage their businesses using digital marketing strategies. Contact us: Support@digibusinessmastery.com